MACKENZIE PORTER TAKES “ABOUT YOU” TO THE TOP 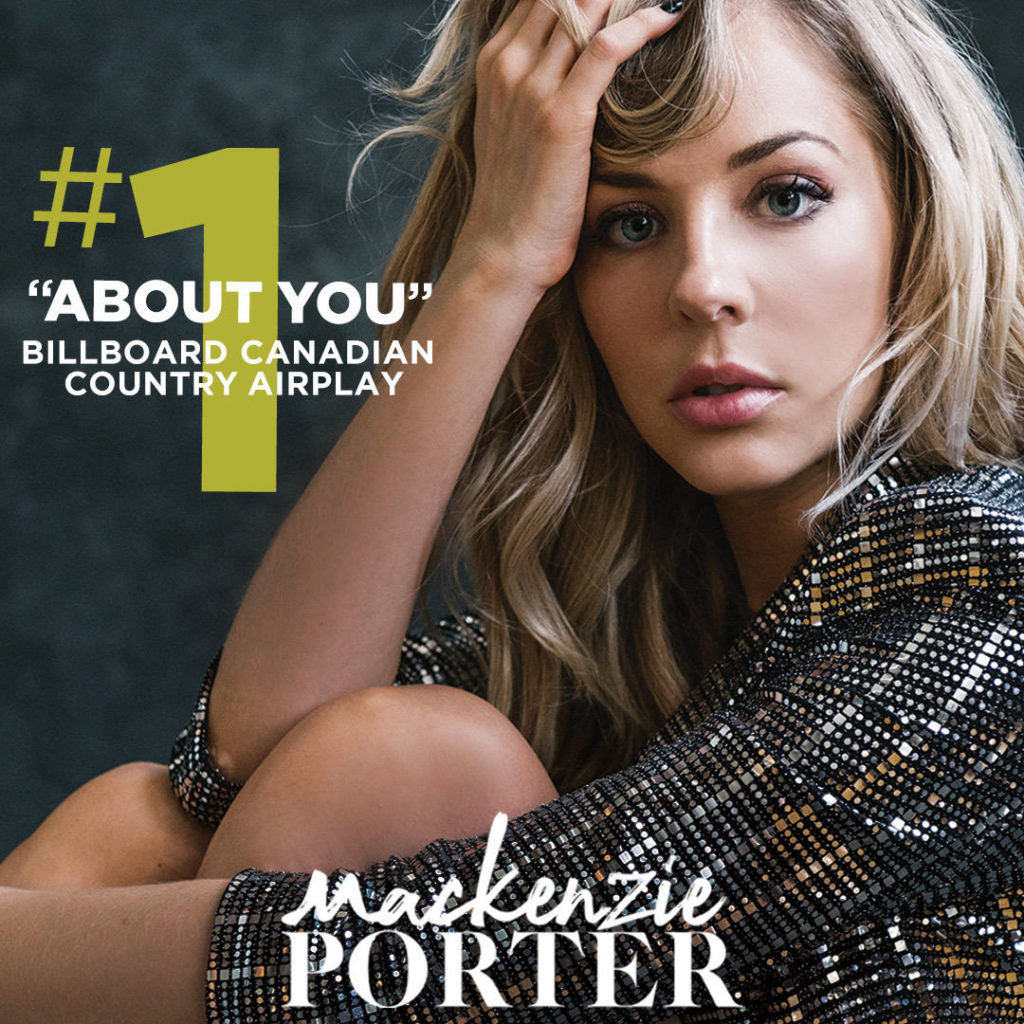 Mackenzie Porter is proving she’s a force to be reckoned with, earning her first Billboard Canadian Country #1 this week with her chart-topping, no-nonsense, hook-laden hit “About You.”
The Alberta native and Big Loud Records’ talent is marking her success on the charts this week, becoming the 7th Canadian female artist to reach #1 on the Billboard Country Airplay chart in 25 years; and the first female to do so while signed to an independent Canadian label.

The first of seven new songs Porter has released since December 2018, “About You” has collected nearly 4 Million streams to date and has primed the industry and fans alike for the release of new music from the award-winning artist.  With five new songs, including “Cry Baby” and “These Days” recently added to Porter’s collection, fans can anticipate more new music this fall.

Watch the music video for “About You” HERE, starring Porter and her real-life partner Jake Etheridge.