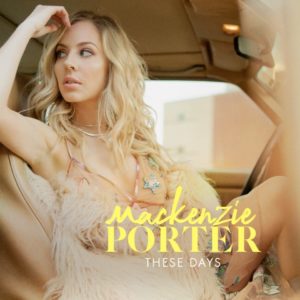 WHAT IT IS: Since releasing debut music in 2013, this Juno nominee and three-time CCMA nominee has opened for the likes of Kenny Chesney, Rascal Flatts, Blake Shelton, Chris Lane and Jake Owen. In 2018, she signed with Big Loud Records and released tracks “About You” and “Drive Thru”—with the former becoming her first #1 Billboard Canadian country single. Follow-up “These Days” is currently burning up the charts and closing in on the Top 10. Porter’s also an acclaimed actress, who recently scored a starring role in Netflix hit Travelers.

recently a presenter and performer on the 2019 CCMA Awards live from Calgary; 2020 U.S. tour dates

RADIO: Lead single “About You” was a Billboard Canadian Country #1; follow-up “These Days” now closing in on Top 10