MACKENZIE PORTER IS “THE ONE” 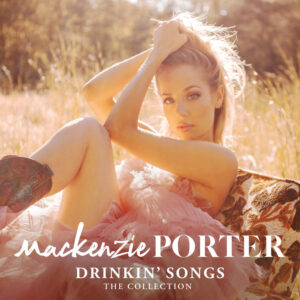 SURPRISES FANS WITH THE DROP OF

Big Loud Records’ MacKenzie Porter is proving why she’s “One To Watch” as she flips the script on what it means to be “The One” with a brand-new song available now on streaming platforms and digital retailers.

Written by Porter with Tom Douglas, Claire Douglas and Madison Kozak, “The One” is a deceptively clever title for a bittersweet ballad. The lilting melody and narrative lyrics walk listeners through an ex’s wedding day, where the old flame marries the person that came after the song’s narrator, and painfully depicts what it feels like to be “the one before the one.”

“I can’t wait for the world to hear this song. It’s been in my back pocket for over a year and I think it’s my favorite release yet,” Porter says. “May you never be ‘the one before the ONE’ but for those of us who have been… this one’s for us!”

Surprising fans alongside the brand-new Joey Moi-produced track today, Porter is closing out a career-launching chapter with DRINKIN’ SONGS: THE COLLECTION – a 7-song assembly of her hits, that tells her story from beginning to now. Touting four co-writes on the collection, Porter’s “girl-next-door vocals cut like a blade while the distinct lift of her choruses comes direct from the Taylor Swift school of songwriting” (Billboard).

“The last two years have been a wild ride since I released ‘About You’ to the world,” shares Porter. “I can’t express to you guys how incredibly grateful I am for you sticking by me and helping me celebrate all of the successes (big and small)! So today, I am not only releasing one new song, called ‘The One,’ but, as a thank you — it felt like the right time to bring all my song babies into one home. So today, I’m happy to also release — DRINKIN’ SONGS: THE COLLECTION! It’s a love letter from me to you. Thank you for this amazing chapter, and I can’t wait to see you, play for you (and hug you!) in person soon!!  Xoxo”

LISTEN TO “THE ONE” AND

This year, Porter shattered records in her native Canada, notching three back-to-back #1 singles on Canadian Country radio (“About You,” “These Days,” “Seeing Other People”), and following Shania Twain’s lead as the only other Canadian female in history to achieve the feat. Additionally, “These Days (Remix)” hit Top 10 on all three Canadian Pop formats this summer and spent four weeks at #1 on the Billboard All-Format Canadian Top 50 chart.

KEEP UP WITH MACKENZIE PORTER