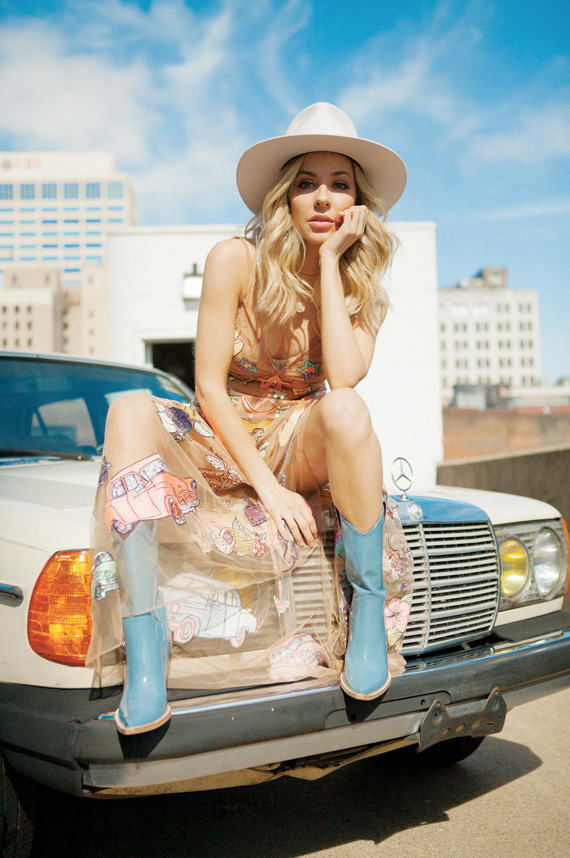 MacKenzie Porter is keeping pretty good company on the charts these days.

When her single “These Days” reached the top spot on Billboard’s Canada Country chart in December, the Medicine Hat native became the first female country artist to earn back-to-back No. 1 singles since Shania Twain did it more than 20 years ago. “These Days” followed “About You,” which reached No. 1 in May.

“I was so excited and blown away,” Porter said. “We were keeping a close eye on it (as the charts were about to close) and we figured about an hour before the charts closed that we were going to finish on top.”

Porter’s age was still in single digits when Twain was ruling the airwaves, but even then she saw the superstar as someone who she could model her own musical ambitions and career after. Porter describes Twain as a progressive chance-taker who paved the way for so many female artists in country music.

The idea of her current single “Seeing Other People” reaching No. 1 has crossed Porter’s mind. But even if it doesn’t she already knows listeners are connecting with the song.

“It’s about the first time you see an ex out with somebody new and the feeling of your heart kind of dropping into your stomach,” she said. “It would be amazing if it went No. 1 as well but I’ve had so many people reach out and say the song has affected them or they’ve gone through this. So if that’s all it is then that’s OK too.”

Porter is opening for Brad Paisley on his World Tour this month, which stops in Medicine Hat on March 13. She says she’ll be doing everything she can to learn from the man behind the hits “Mud on the Tires,” “I’m Gonna Miss Her (The Fishin’ Song)” and “When I Get Where I’m Going.”

“I’ll watch his show every night and try to take notes and see how he entertains and how he talks to the audience. I haven’t met him yet so I’m excited,” she said.

A new album is planned for the summer, featuring the three singles and other new music she’s been working on in the past few years.