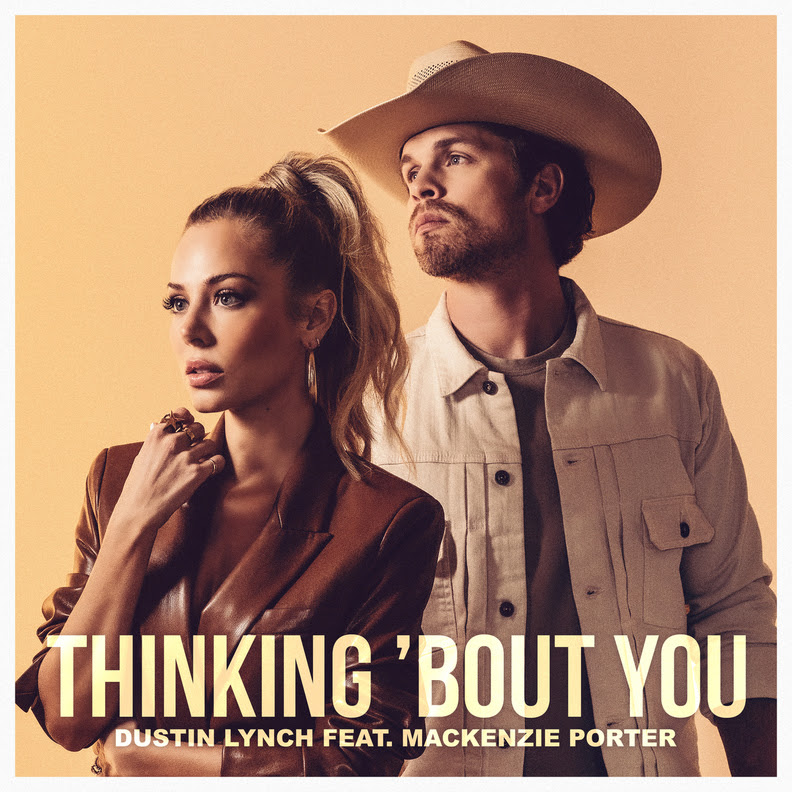 NASHVILLE, TENN. (December 13, 2021) — Broken Bow Records star Dustin Lynch reigns the Billboard Country Airplay chart for a second week with his buzzed-about “Thinking ‘Bout You” collaboration with MacKenzie Porter, while ruling the Country Aircheck/Mediabase chart this week in the U.S. and Canada’s Mediabase Country Airplay chart. This marks Lynch’s eighth U.S. and second Canadian #1 at Country radio, as well as his third career chart-topper as a songwriter, plus Porter’s first U.S. and fourth Canadian #1.

“Two weeks! So thrilled to have been able to share this ride with MacKenzie [Porter],” shares Lynch. “The journey to the top of the charts is always a team effort, but it’s even more fun having another name alongside your own to celebrate these moments with. And speaking of celebrating – get ready to party with us in 2022!”

Feeling the magnetic pull of the past, the Lynch, Andy Albert, Hunter Phelps, and Will Weatherly-penned lyrics ring straight to the heart of a broken connection, as heart-pounding hooks and memory-soaked vocals stir nostalgic romance. Garnering 175 MILLION on-demand streams, the Justin Nolan Key-directed music video has also surpassed 4 MILLION views. Assuming the roles of a former couple reminiscing over the phone, watch the dialed-up clip featuring Lynch and Porter.

With brand-new music promised next year, fans can currently find Lynch on the road. Check out all upcoming show stops here.