NEW TRACK FEATURED ON THEIR HIGHLY ANTICIPATED COUNTRY ALBUM ONE NIGHT IN NASHVILLE DUE JANUARY 27, 2023 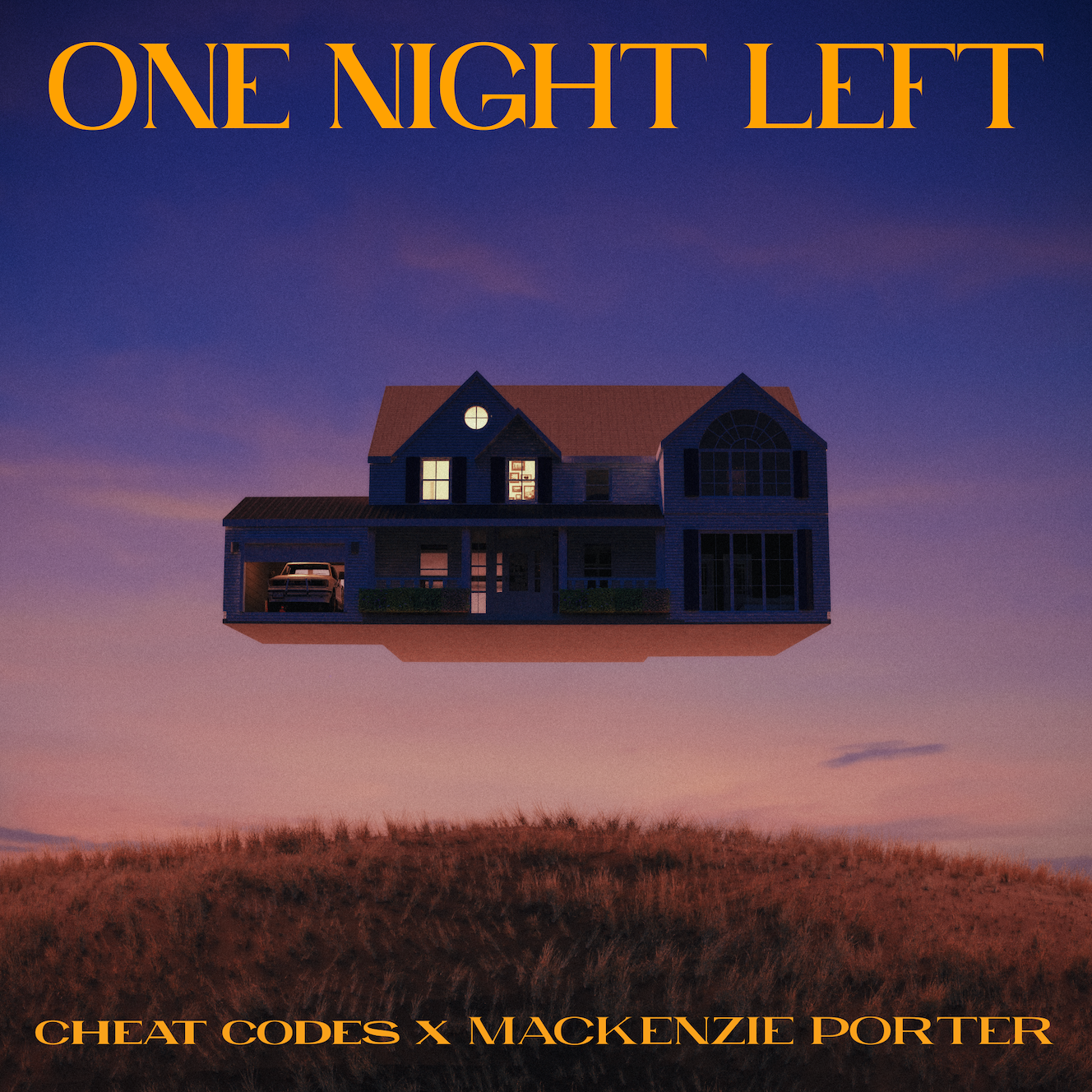 LOS ANGELES, CALIF. – Multi-platinum hit-making trio Cheat Codes, popularly known for their smash single “No Promises’‘ (feat. Demi Lovato), are diving into the country music scene with their debut country album One Night in Nashville – Presented by the Cheat Codes. This album is an entirely new endeavor for the genre-bending trio who have put out many records in the electronic dance, pop, and alt rock genres. Coming off the success of their independently released Hellraisers trilogy, making a county album was the next natural step.

Each one of the guys was influenced early on in their lives by country music to some degree, but it wasn’t until the trio went to Nashville where their country project started to come together. Cheat Codes found success with both Russell Dickerson and Jimmie Allen earlier this year. Now, rising star MacKenzie Porter joins their roster of all-star country collaborators.

Listen to “One Night Left” HERE.

“MacKenzie had written the idea and we really wanted to try blending it with Trevor’s vocals for more of a call and response feel. Getting to add two different perspectives to the idea of what our ‘One Night Left’ would be like really rounded out the song, and the combination of Trevor’s and MacKenzie’s vocals sound so good together.”

Though there are many women featured on the album which comes out January 27, 2023, “One Night Left” is the first single to drop with a featured female artist. While making country hits isn’t new to MacKenzie, working with Cheat Codes was. Of the experience she says, “I couldn’t wait for this song to drop! We wrote it at my friend’s lake house over a year ago and I knew it was special then. I am such a fan of Cheat Codes; the guys are so talented and also just the kindest dudes. It’s been so much fun collaborating with them and I’m so excited for everyone to hear it.”

With the support of a built-in audience and a passion to perform with some of the greats in the country space, the list of Cheat Codes collaborators grew over time and One Night in Nashville was born.

As previously revealed, featured album tracks and collaborators below:

ONE NIGHT IN NASHVILLE TRACK LISTING:

ABOUT CHEAT CODES
Simultaneously trafficking in electronic, pop, hip-hop, and alternative at the same high speed, the Los Angeles trio Cheat Codes remains an inescapable force throughout popular culture. Their total stream tally eclipses a staggering 6 billion plays. Maintaining a prolific pace, they’ve steadily amassed a diverse discography; including the platinum pop radio top 5 smash “No Promises” [feat. Demi Lovato], the gold-certified “Feels Great” [feat. Fetty Wap & CVBZ], and gold-selling breakout “SEX” with Kriss Kross Amsterdam. Speaking to their international impact, “Only You” [feat. Little Mix] soared to #1 on Pop Radio in the UK, while they received dozens of platinum certifications in 20 countries. Not to mention, Liam Payne, Kim Petras, Wiz Khalifa, and Sofia Reyes all jumped at the chance to collaborate and they did remixes for Ed Sheeran and Sam Smith. Igniting clubs worldwide, their 2019 level 2 EP yielded the #1 Dance Radio hit “Who’s Got Your Love” [feat. Daniel Blume] in addition to “Ferrari” [feat. Afrojack] and “Be The One” [feat. Kaskade]. Cheat Codes made their acting debut with the Bella Thorne directed short film, music video for “No Service In The Hills” featuring Trippie Redd, blackbear, and PRINCE$$ ROSIE. Acclaimed by Rolling Stone, Paper, Time, Billboard, and more, the musicians have shut down The Tonight Show Starring Jimmy Fallon and Jimmy Kimmel LIVE! with stunning and show-stopping performances.

Canada-born, Nashville-based star MacKenzie Porter is rising to international acclaim with a distinct country-pop style. Building momentum with a six-week U.S. #1 in Dustin Lynch collaboration “Thinking ‘Bout You,” Porter made her own mark simultaneously, releasing brand-new songs “Coming Soon To A Bar Near You,” “Pickup,” “Unlonely Me” and “Heaven Heard Me.” Her “mesmerizing vocals and hook-driven songs” (Billboard) continue to spark headline-worthy accolades, including her debut at the Grand Ole Opry in late 2021. The 2022 MusicRow Award winner for Discovery Artist of the Year is the only female with a nomination in the Favorite Country Song category for her Dustin Lynch collaboration at the upcoming 2022 American Music Awards and has earned three 2022 CCMA nominations + four 2021 CCMA nominations including Entertainer of the Year. She was also nominated for Country Album of the Year at the 2021 JUNO Awards. Making history, Porter is the first Canadian female artist this century to have five #1 songs at country radio. Porter also earned her first crossover Top 10 at Canadian pop radio – a first since 2003 for a Canadian country artist – with “These Days (Remix),” and joined CMT’s elite Next Women of Country class of 2021. The triple threat previously starred in cult-followed sci-fi television series Travelers now on Netflix, and has opened for Blake Shelton, Kenny Chesney, Walker Hayes, Jordan Davis, Brad Paisley, Rascal Flatts, as well as labelmates Dallas Smith and Chris Lane. 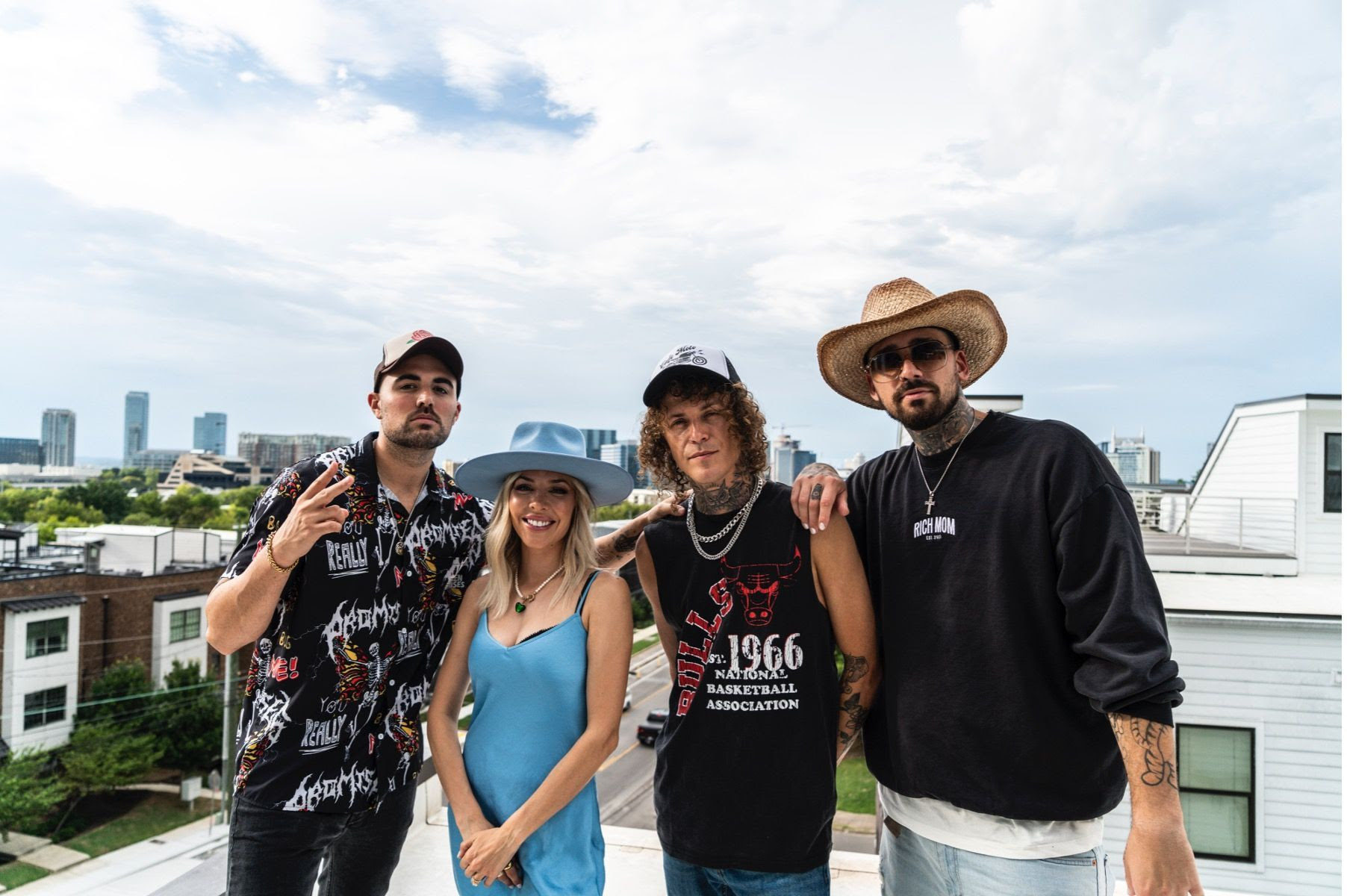